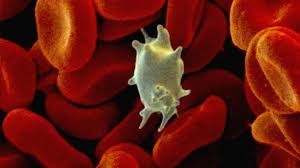 A healthy human body is usually capable of healing itself from minor wounds. Small cuts can be easily clotted with nature’s built-in band-aid. It’s an impressive and underrated feat of the human body. It’s easy to not notice how amazing it is since it’s always there to work its magic. However, it doesn’t always work as intended. There are people who don’t have the right components in their blood to properly clot the tiniest cuts. There are also people who are on the opposite end of the spectrum, where clotting comes easily and with it comes to its own list of medical concerns.

The body has a range of what’s considered to be normal blood platelet count. The lowest end of this range is 150,000 for a drop of blood, anything lower than this will lead to cuts not clotting properly. Or not clotting at all. This low blood platelet count is referred to as thrombocytopenia. Conversely, the topmost range of normal platelet level is at 450,000 per drop of blood. Sure, covering a cut isn’t going to be an issue for people who have thrombocytosis – high blood platelet count – but too much clotting can be a problem in itself. Not only that; but a headache and dizziness can be a commonality among people who have too many platelets.

One of the most obvious and immediate issue with having low blood platelets is not being able to clot wounds effectively. In fact, some might need emergency medical attention for wounds that are normally considered to patch up on their own after a couple of hours. However, there’s a host of other concerns for having low platelets in the blood. For women, specifically, this can be an unusually heavy menstrual flow. And frequently bleeding gums is a fairly common incidence for people who have severely low platelets. And blood in stool or urine does sound like a stuff of nightmares. It’s scary to see blood coming out of the body other than superficial cuts.

The causes of having low blood platelet count can be due to many things. One, unfortunately, turns out to be hereditary. Some medications are also responsible, especially heavy medications such as chemotherapy. Interestingly, unhealthy lifestyle choices also affect platelets in the blood considerably – notably extreme alcohol consumption.

Fortunately, low platelets in the blood don’t have to be a permanent issue. There are plenty of ways to manage and improve a low blood platelet count. One rather obvious yet largely ignored approach is to keep exercise a regular part of one’s life. Exercising improves the body’s performance overall. But do note that extreme exercises should be avoided, for reasons specifically to avoiding unnecessary injuries leading to cuts and gashes. It’s also highly recommended to learn how to increase your platelets with a healthy diet. The modern diet comprises of instant food preparations wherein there are little to no nutrients found in most of them. Preparing food that has leafy greens in them is almost a must in order to have a fully functional body.