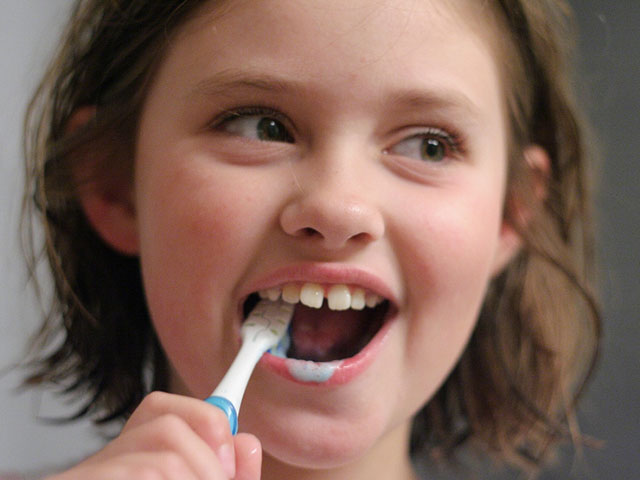 It’s a screeching, gritting sound as unnerving as scraping fingernails across a blackboard. The first time you hear it in your sleeping child’s bedroom you may wonder: What could possibly be going on in there? What a surprise to find that such a small person can make such a loud noise — and not even wake up!

Teeth grinding, or “bruxism,” is actually a very common habit among children, particularly those under age 11. It’s so common, in fact, that it is often considered normal behavior. It is only when it causes severe tooth wear, pain, or trouble sleeping that it may rise to the level of a significant problem. Yet healthcare professionals do not always agree on how or when to treat bruxism — if at all. And the causes are not completely understood, though psychological stress appears to play an important role.

The Daily (Or Nightly) Grind The term bruxism comes from the Greek “brychein” from which is derived “ebryxa,” to gnash the teeth. It was first used in 1931 to describe involuntary, excessive grinding, clenching, or rubbing of the teeth together. More recently, it has been further defined as a diurnal (during the day) or nocturnal (at night) parafunctional activity (“para” – outside, “function” – normal). It refers to movements of the teeth and jaws that are not necessary for functional activity — chewing, speaking or swallowing, for example. Repetitive parafunctional forces can damage the teeth when they occur through these quite unconscious habits.

Children are susceptible to various habits conducted without consciousness, such as nail and cheek biting and non-nutritive sucking. Parafunction when awake, which manifests as clenching and/or grinding of the teeth, often occurs without awareness, especially during stressful situations or intense concentration. When a child is made aware of it, the bruxism can be stopped or modified. On the other hand, a child cannot consciously stop bruxing while asleep.

Some Theories to Chew On

In healthy infants, sleep bruxism typically starts at about 1 year of age, soon after the front teeth come into the mouth. In young children, teeth grinding may be due to the immaturity of the neuromuscular system (“neuro” – nerves; “muscular” – muscles) that controls chewing.

Current thinking is that bruxism is part of an arousal response, defined as a sudden change from deeper to lighter sleep or awakening. In young adults, more than 80% of sleep bruxism episodes occur during periods of sleep known as stages 1 and 2 non-Rapid-Eye-Movement (REM) sleep, and only 5% to 10% in REM (deep) stages. Many of these episodes lead to a shift in sleep stage, usually toward awakening or lighter sleep. Just be on the lookout for bruxism when your child is sleeping.

Grinding at Night Credit Picture License: “Dad, You Are So Weird via photopin cc