Hulk is feared by many in MCU. But how strong is Hulk anyway? 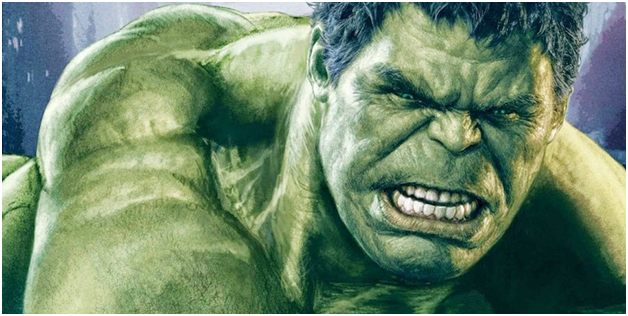 In the original leg of Avengers, Hulk is considered as one of the most powerful members. Even though there have been several comparisons between Hulk and Thor, there is no doubt that Hulk can surpass Thor.

Here are the reasons why Hulk is one of the strongest Avengers in MCU:

Surprisingly, Hulk is not an ordinary superhero. He is immortal, close enough to Thor. On the contrary, Thor, as a Norse god, can also die. Hulk, on the other hand, can’t die. It was revealed in Hulk: The End that he was the last living thing on Earth. And even Bruce Banner dies, Hulk will remain alive.

In a realm known as Below Place, the gamma mutates and goes when the host dies, allowing the green guy to return to life through a Green Door.

Reason #2: Hulk is unbeatable when in rage

Hulk, when in rage, his strength increases exponentially.

Bruce Banner was abused by his father when he was a child. Also, his father killed his mother. The trauma Bruce had experienced as a kid caused him to develop Dissociative Identity Disorder.

Hulk and his strength is the rage that Bruce could never let out or express as a child, giving him the limitless strength that no one can possibly beat.

It is a fact that Hulk is not scared of anyone. As a part of the stronger Marvel powerhouse, Hulk is one of the fearless members. Although there was a time that Hulk seemed scared about going after Thanos to beat him, he still tried to. Remember the scene where Hulk and Thanos fought in the Infinity War? Although he was defeated, you can see that he is a fearless Avenger.

Reason #4: He can regenerate

Not only Hulk has unlimited stamina, his body heals fast, but not as fast as the Wolverine from X-men can. After Hulk swallowed Wolverine, the latter was able to pierce through Hulk’s stomach, killing him gruesomely for good; or was it temporary? Since Hulk is revealed immortal and can come back to life again, even Bruce Banner dies, Hulk remains unbeatable.

The angrier Hulk becomes, the more strength he possesses. If you go through the Marvel comics, you will find several battles against Marvel’s powerhouse. One of his epic battles within Marvel comics was with Juggernaut, where there were always close fights between the two. There were times that Juggernaut was able to beat Hulk; likewise, Hulk was able to knock Juggernaut out cold.

There are more battles that Hulk was able to win, including the X-men, the Illuminati, the mythical dragon Fing Fang Foom, and so much more.

So, is Hulk not one of the strongest Avengers in the Marvel universe? If you go through Hulk’s history and his battles, you wouldn’t dare to argue that Hulk is one of the powerful superheroes in MCU.